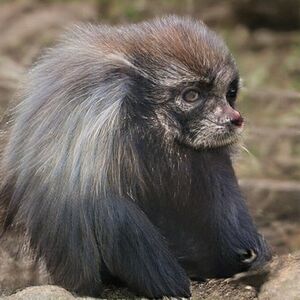 Despite its cute and unassuming appearance, the Asee-Lisea-Eda is among the most dangerous animals found in Corum.. 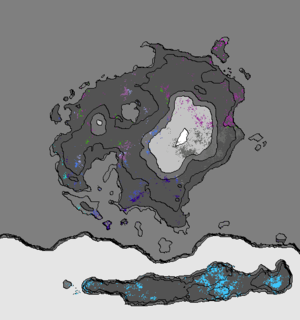 In red, the known range of the Asee-Lisea-Eda.

Perhaps one of the most bizarre of Corum's many strange creatures, the Asee-Lisea-Eda possesses seemingly magical powers which cause human men to lust after it. Many men, the historical record holds, have given into this lust, and have lost their minds - or their lives - out of desire to have sex with this peculiar creature. A heavy-set bipedal herbivore which is typically covered in grey, red, black, or brown fur, the Asee-Lisea-Eda is known to cover its body in the fragrant leaves and flowers from plants which grow in local caves, such as the Osra-Rabrev. In 38.60 PSSC researchers reported that when assembled in social groups, Asee-Lisea-Eda may participate in a type of activity which resembles a basic form of croquet.

Found in 2 out of 20 Pallisican cities in Corum, this species is rare.