Difference between revisions of "Arcadia"

In 1673 AN the Kingdom of Arcadia and Kingdom of the Beneluccas were merged under the Constitutionem de Windsorum. The land of the Calbain had already been added to Arcadia. The new constitution also led to a greater role for the parliament, the Senatus.

The name of the country consists of three parts, which represent the three states of the kingdom.

For the unification of the tribes, Arcadia was more an indication for the islands. The islands that together form a utopian country of fruit, forests, meadow and clear water. It is thought that Arcadia stands for a paradisiacal and idyllic country. The Greek Αρκαδία (Arkadia) means ‘sweetly’ and ‘unspoilt’.

Another thought is that the name comes from the primal god Arca, who according to a lost and ancient mythology would be the basis of the creation of Arcadia.

It is striking that several Batavian kings wore the name "Arkadius", like the current King of Batavia Arkadius IV.

The name "Beneluccas" is a contraction of the first two letters of Belgium Netherlands and the addition of a derivative of Jazirat al-Muluk, which means "Island of Kings". The name was created by Erwin V.H. and is reminiscent of the Moluccas on the imaginary earth.

This group of islands is counted to the Tapfer continent.

The largest island of the archipelago is called "Insula Magna" (large island), previously this island was called Nelaga. This island is dominated by the mountain "Dulcis Mons" (sweet mountain), with a height of 3,418 m. This name owes the mountain to the excellent conditions for viticulture caused by the location of the mountain. When weather systems on the west end up on this mountain, the clouds roll just over the back of the mountain. In this way the clouds appear as mist on the east side of the mountain, which is ideal for viticulture. The grapes are sweeter than grapes elsewhere in the micras because of the ideal ratio of moisture and sunshine. Earlier, Dulcis Mons was known as Mt. Urojea.

Surrounded by Insula Magna is the island Bella Insula. On this island is the capital of Arcadia, Koningsrots located. To the south lies the island “Maria duae insulae” (Island between two seas).

To the west of Insula Magna lies the island of Ura’Bos, which was previously also called Solaria Island. This island is the more inhospitable island of the archipelago and almost entirely a nature reserve.

North of Insula Magna are the islands of Airosamete and Setauket, which have not yet been claimed.

The island Y Faenor was previously known as Armoria and is a mountainous and barren island, with most of its population living in the south.

Located south of it Calbion Isle, which is mountainous and forrested in the north, while in the south and the west, green valleys and lowlands dominate the landscape.

The three main islands are at the same time the three provinces of the Beneluccas with the nearby smaller islands:

The real history of the Jasonian Archipelago can be found here. Below is the fictional history described in the form of stories.

Since Batavians heard about an idyllic and paradisiacal kingdom far away from their home, they could hardly believe it. A kingdom where a descendant from the House of Vinandy was on the throne, where they could live in freedom and where they could pursue happiness. This sparked the desire for the golden age of Batavia.

So some Batavians ventured to seek this mystical land. Was it out of idealism? Was it out of the drive for freedom? They went in three ships, they went ...

The ships were surrounded by such fog. Although the navigator said they should be there, there was no sign of land. Until the fog was suddenly blown away and they could see land. The joy on the ships became great: land in sight! Land in sight!

Once on land, they heard singing from afar. They heard women's voices sing a strange song. A few men searched for the women, but the better they could hear the song, the more they understood that they could not understand it. They found the women in a clearing in the woods. They were beautiful women and sang equally well.

The women discovered the men when one of the men stood on a twig, which broke under his weight. They were shocked and wanted to flee. But the men shouted in all the languages they knew: "peace!". The women asked where the men came from, and the men told them that they came from ancient Batavia and are looking for Arcadia. The women jumped up and said, "You have found Arcadia!"

For years, the land east of the border with Arcadia has been a mysterious land. This country was once the proud Gwlad y Calbain, but now a lost green void. The king of Arcadia, Gustavus des Vinandy, had studied the country and hoped for a revival. Now that contacts had been established with Natopia, the king had already flown to Lindström once. As he flew over that green void, his nostalgia for a revival was fueled more.

Making contact with the possibly still present residents was not possible. So the king set up an expedition, an exploration. Unfortunately, that expedition had little success. Until the king remembered that the ancient capital of Calbion already was within the boundaries of his kingdom. He visited the already revitalized city, Pentyre. There he met an old man, who led the king to the princely castle.

In the princely castle, the old man led the king around. Until the moment the man stopped with a large bookcase. The king looked at the collection with interest. Then he noticed that two books were not in the correct order. The old man nodded while the king gave in to his light autistic touch of order and tidiness. He wanted to take the books, but they only moved at the top. A sound of chatter and squeaky hinges sounded, the bookcase opened and a corridor appeared behind the bookcase.

The old man said to the king: "Come on, go inside." Together with the old man, the king descended the stairs of the hidden corridor. This eventually led to a space, supported by Gothic arches. It was like a grave cellar. A stone stood there, but a sword in it. The man stood beside the stone and said to the king, "If you are worthy, take this sword." The king could hardly believe it, he had read about this. Only those who are worthy of becoming Prince of Calbion could pull the sword from the stone.

The king thought and thought that his distant cousin might be far more worthy than he was to become a prince of Calbion. After all, he had to conquer the Batavian throne without violence. While he, as king of Arcadia, had inherited the throne of his father. What is worthy then?

Yet he took the sword and effortlessly pulled the sword out of the stone. The man bowed and said, "Your Highness, Prince of Calbion." The man guided the completely surprised prince through the corridors, after which they arrived in the Great Hall. There are statues of all the princes of Calbion. The flags of all former parts of Calbion hang on the walls and the notables of old Calbion are gathered in the room. Upon entering the king, they all bow and proclaim: "Long live the prince of Calbion!" [1] 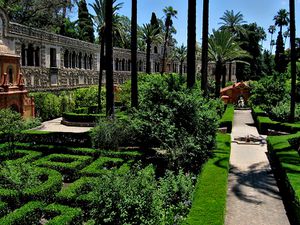 The gardens of Castellum Avalon

The king of Arcadia was very pleased with the unification between Arcadia and Calbion, but that caused more problems than previously thought. While the two territories were united under one king and flag, the population was still divided. The border between the areas on the island of Insula Magna has existed too long for a quick erasure.

When Gustavus was finished, Arkadius thought for a moment and began to express his first ideas. “What if you turn the unitary state into a federal state? Arcadia and Calbion are then the federal states, with their own powers and responsibilities. This makes the kingdom the United Kingdom of Arcadia and Calbion." "Indeed", replied the Arcadian king, "in this way the territories can retain their own character and culture without becoming a single sausage." "Exactly", the Batavian king responded.

At a family meeting of the family des Vinandy on the Estate Chogogo on the Beneluccas, Gustavus des Vinandy proudly told about the progress to form a united kingdom. In Wind Sorum held a conference to introduce a new constitution. "A federal kingdom is being formed, with democracy entering," says Gustavus. Arkadius was delighted with the progress.

Margaery des Vinandy had spoken extensively with Clara, but said to her fellow monarchs: "It would help the islands to become part of the united kingdom." Arkadius was very surprised and Gustavus responded with "well, well". "Yes," Margaery continued, "the islands need better governance, we still have no control over our entire territory."

"Then there should be some more seats at the congress," said Arkadius, looking at Gustavus. "That's what it looks like" responds Gustavus. "Thank you," Margaery replies. Clara added: "Let the new constitution contain the Batavian values, such as the protection of fundamental rights." "Certainly," replied Gustavus. Then Clara starts playing the piano. [2] 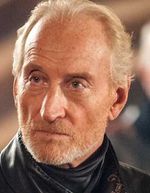 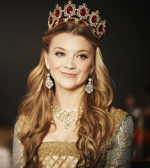 Until the establishment of the Constitutionem de Windsorum, Arcadia had no constitution. This constitution was a major revolution in the constitutional structure of the kingdom. Especially the change in the balance of power was a big change.

Previously, the king was an absolute monarch, but that changed, so there is now a constitutional monarchy with a parliamentary democracy. This limits the power of the king. The current duties of the king are signing all laws and decisions, representing the kingdom and commander-in-chief of the armed forces.

The government is formed by the ministers and the king. The ministers form the cabinet and are chaired by the prime minister, currently Mackenzie Ó Gallchobhair. The cabinet must be able to cooperate with the Senatus, because the Senatus is the legislature and is able to dismiss the cabinet.

Previously, members of the Senatus were appointed by the monarch, whereby the condition was that a certain age has been achieved and Curriculum Vitae of service for the kingdom. Members were appointed for life.

Today, the composition of the Senatus is determined on the basis of direct general national elections based on proportional representation.

The following are the parties represented in the Senatus:

The country is divided into three federal states:

The constitution also offers the possibility of Arcadian crown dependency, which are areas under the direct control of the monarch. Areas with this status are:

The federal states of the kingdom are further divided into provinces. The Calbian provinces are called taleithiau.

As a member of the Batavian Confederation, Arcadia has close relationships with Batavia, Helderbourgh, Kasterburg and Los Liberados. Amokolia has assisted Arcadia in combating piracy around the Iridian Isles. In addition, the country has friendly relations with Alduria and Natopia.

The population of Arcadia consists of several ethnic groups who largely see themselves as Arcadianen. Each group adheres to its own culture and traditions to a greater or lesser extent. 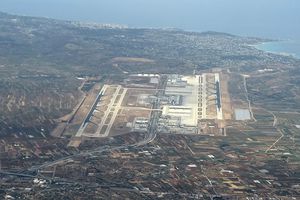 The islands of Arcadia are connected by a network of scheduled flight and ferry connections. The largest airport in Arcadia is Koningsrots International Airport northeast of the capital. Other airports are:

The largest seaport of Arcadia is the port of Cruoninga, where the Jasonia Channel provides a short route to the harbours of Koningrots and Haltna. The second port of the country is the port of Pentyre.

A variation of languages is spoken in the kingdom, largely derived from the federal states: