The Arboria national football team is the football team which represents the Natopian autonomous territory of Arboria. It is a member of the AEFA.

In the following year's Copa Apollonia qualifiers, the team finished third in their six-team group with 16 points, missing-out on a place in the finals by the narrow margin of goals scored. 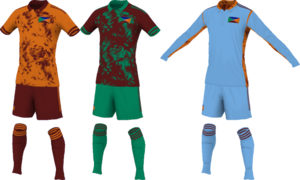