The Cynulliad Cenedlaethol election of 175 ÔD elected the 3rd National Assembly of Calbion and was held in the Calbain provinces of Calbion Island, Kilkelly and Y Faenor. Albeit being only twenty years old, Llywelyn Lewis jr. won the election and succeeded his father as Governor-General.

Liberal, progressive, party. The Calbain Alliance favours progressive taxation, free trade, international co-operation and free education for all. It is a non-nationalistic party that believes in equal rights for all citizens, and object against the classification of Calbion as a homeland for the Calbain people. Leader of the Alliance is Ioan Moran.

A religious political party, the CPP stands for strong traditional values and good international relations with other Catologian countries. The party is nationalistic and slightly intolerant towards other religions. The party leader is the reverend Owain Strong.

The Labour Party is on the political left, it is a socialist party that strives towards equal distribution of opportunity and wealth. The party is especially popular among the working class population, and has significant following in the cities. The party is a proponent of strong labour unions, shorter working days and more rights for workers. It is strongly opposed to private ownership of land. Leader of the Labour Party is Edmund Dale, former factory worker from Llysthur.

The Minority Bloc is a merger of the Maraguan Party (Maraguan Nationalism), the Conservative Party (Brettish Nationalism) and the Freedom Party (Batavian Nationalism), the bloc strives towards recognition of the culture of the smaller minorities in Calbion and strongly favours devolution. The Party is lead by Hendrik Maritz, former head of the MP. 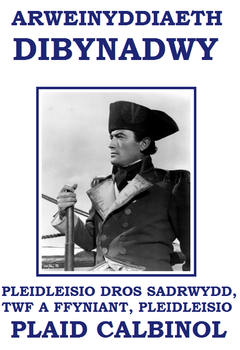 A centrist, nationalist party that can be characterised as a big-tent party. Has been the leading force in Calbain politics since the Maraguan period, where it emerged as the leading resistance movement against Maraguan oppression. The party is moderate, slightly technocratic, and invested in the perseverance of the Calbain empire. Under the leadership of Llywelyn Lewis, the party has invested strongly in modernisation of industry and technology. Plaid Calbinol has ruled Calbion for more than a hundred years.

The big winners of the election are Plaid Calbinol and Plaid Llafur. Llywelyn Lewis saw his party just coming short of an absolute majority in seats, although they did manage to win just over half of the popular vote. The socialists overtook the Calbain Alliance to become the main opposition party, they gained a spectacular 30 seats, mainly in the cities. Ioan Moran saw the Alliance lose 5 seats, but it remains an influential party in the Assembly. It is clear that he Alliance and the Labour Party both fared very well in the urban areas, whilst Plaid Calbinol swayed the rural areas and the smaller cities. The PWC managed to pick up 6 constituencies in the Calbain heartland, suprisingly beating the Minority Bloc, the biggest loser of the elections. The regionalist coalition of Hendrik Maritz only gained 5 seats and lost previous strongholds in South East Calbion to the Alliance and Labour.

Llywelyn Lewis announced immediately following the election that Plaid Calbinol would govern as a minority government, and that his party would be willing to cooperate on important issues with other parties in the Assembly. Lewis was renamed Governor-General by King Jack II in a private audience after which he assumed his duties.