The first Elections for the Asamblea Nacional de la República, the unicameral parliament of Los Liberados were held in 1669 AN. It was the first election following Liberadosan independence and the establishment of a democratically elected legislative body in the nation. The elections saw the he Partido de Liberación Nacional, the party alligned with the the Junta de Liberación Nacional (National Liberation Council), the governing Junta of the islands, and its President Jacobo Castrigo Álvarez, win an absolute majority. The election also saw the formation of four major political parties. Besides the PLN, these were the liberal Conservative party; and two socialist, pro-democratic parties: ¡Adelante! and the PdlI.

The election campaign was largely controlled by the PLN, who focussed on the President and his popularity. Whereas the conservatives, and also ¡Adelante!, tried to find a more rural electorate, the PdlI chose to actively oppose the government. This lead to the election campaign being largely a two-way fight between the nationalists and the socialists. 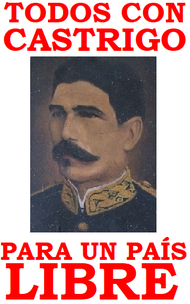 The PLN campaign focussed on the person of Castrigo, who is widely popular among the Liberadosan population. 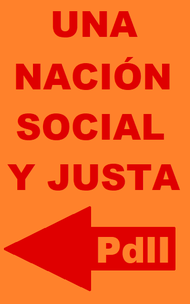 The Partido de la Izquierda was the strongest oposition force against the incumbent government.
Retrieved from "https://micras.org/wiki/index.php?title=1669_Asamblea_Nacional_elections&oldid=125509"
Categories: