Çakaristan (/t͡ʃɑːˈkɑːɾi:stɑːn/), officially the Ultimate Çakar Sultanate (Arboric: سلطنة شاكار النهائية; Adarani: परम आकर सल्तनत), is a sovereign state in the southeastern continent of Apollonia. The official name of the sultanate was chosen at the second major meeting in Red Fortress; before that, Sylvania was the working title for the sultanate. The ceremonial name for the sultanate is Hilal Empire (Arboric: امبراطورية هلال), which means Empire of the Cresent Moon. Less in use is the short name: Çakar Empire.

It is the second most populous nation on Micras. Bounded by the Antican Sea on the north, the Pond Strait on the east, the Herrin Bay, which is part of the Orange Sea, on the southeast, and the Dyre Straits on the southwest; it shares land borders with Floria to the west, and Alduria-Wechuan colony of Ijubicastagrad and International Mandate located on the Jaris Strait.

As a state, Çakaristan started after the Sylvanian National Awakening (1687 - 1688). Since there was no agreement on a constitution, only a sultan was elected: Abu Çakar. He was given the crown name "Akbar". Under his inspiring leadership, the sultanate expanded, formed its own unique culture and introduced democracy. A new capital was built, Agra, around the Red Fortress, the sultan's palace. The government and parliament are concentrated in this city, which is subdivided into a separate district. The whole country is subdivided into subahs (provinces) and princely states.

The full name of the nation is made up of three components:

Thousands of years ago there was habitation and civilisation in what is now Çakaristan. This is evidenced by various archaeological finds and remnants of ancient forts. Only after the foundation of the Ultimate Çakar Sultanate is a study made of this rich history.

In 1498 AN the Babkhaan territory on Apollonia briefly came under the flag of Crusader State of Eblis. At the beginning of the 15th century Antica was incorporated into Imperial Republic of Shireroth, as a result of which Phedodah bordered on the Babkhaan province Terre d'Riches. Until the Republic of Antica regained its independence in the second decade of the 16th century. The areas of Phedodah and Terre d'Riches came under the Antican flag, except for the coastal islands which remained under Babkhaan flag. Between 1514 and 1519 the peninsula and the coastal islands were abandoned. In 1519 the earlier Terre d'Riches again came under the Antican flag and became part of Lower Phedodah.

In 1597 AN the territory of the sultanate was abandoned except for a few border areas, the Empire of Aryasht came into being. Not much later the coastal islands were reclaimed. In 1607 AN Aryasht became part of Shireroth. In the same year a large part of the territory of present-day Sylvania became a nation: Jingdao. This nation left the area in 1613 AN. 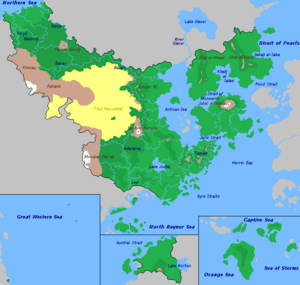 Physical situation in the Cakari region

Çakaristan consists of roughly seven parts. The west of the country is very mountainous with part of Monalan Parvat (Monlan Mountains). To the east the green valley with large rivers, such as the Adaraney and Leyl. Further to the east the area around Lake Jodha, where the Leyl river begins. Along the south coast an area that can be referred to as the Çakari Riviera. The Silsilat Jibal Silfanyan (Sylvanian mountain range) lies between the Antican Sea and Herrin Bay. The northern spur of that ridge separates the Antican Sea and Lake Jodha. The coastal plains around the Antican Sea have their own geographical structure due to their location. And finally the Kendall Isle with Jabal al-Mada'.

Most of Çakaristan's population lives in rural areas, but there are also cities with more than a million inhabitants:

The political system of Çakaristan is still developing. The sultan has defacto all the power, but the government is working to bring democracy to the nation. The fast-growing nation is working on a system to limit corruption and to balance the different population groups. A district system has been introduced in which the census is a guideline for balancing the ratios. In addition, an electoral college was introduced to certify voting. 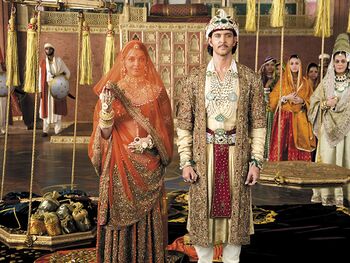 The sultan is the head of state and defacto the absolute ruler of Çakaristan. He represents the sultanate, signs the laws and appoints government officials.

The first sultan was elected by the meeting in which the foundation of the nation was laid and the war for independence officially ended. Abu Çakar was elected sultan and was given the title Akbar (great). On the same day, the sultan married Jodha Avchat, adding Phedodah, which had fallen into the green, to the sultanate.

Because an assassination attempt was made on the sultan within hours of his coronation, a Grand Vizier was appointed. He led the government during the Sultan's recovery. 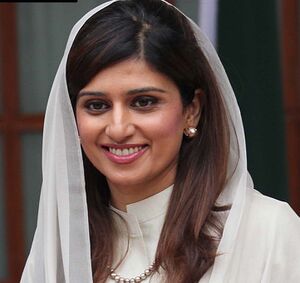 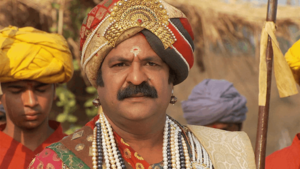 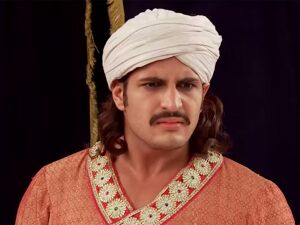 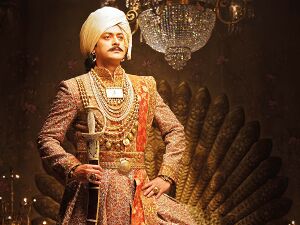 The first Grand Vizier was designated by the Founding Meeting, in order to avoid a possible later succession battle, the meeting did not choose one of the sultan's brothers. The sultan's father-in-law was appointed: Rajesh Avchat. Jayanti Sinha was elected new Grand Vizier in 1691 AN.

The Çakaristan heartland comprising the territory on the Apollonia peninsula between the Antican Sea and Herrin Bay, including its coastal islands, is divided into subahs. To the west, the green border separates the subahs from the princely states. The green border is the former western border of the Khanate of Krasnarus with the exception of Phedodah. The boundaries of the subahs are almost identical to the districts of Krasnarus. The governor of a Subah is called a "Subahdar". A Subahdar is appointed by the Sultan. Each subah has its own parliament in addition to a governor.

The princely states have a large degree of autonomy within the sultanate. The head of a princely state must swear allegiance to the sultan, with the sultan giving his blessing to that head of state. The further organisation of the state is regulated separately for each princely state.

Immediately after the foundation of the sultanate, contact was made with the neighbouring nations. This resulted in membership of the USSO, informal contacts with Alduria-Wechua and Floria and a treaty with Hurmu. The first nation to sign a treaty with Craitland.

A census was held in 1690 AN. This census was the first census of the sultanate. The population of Haritdesh, the former Aryasht, was counted for the first time in 70 Nortonyears. With 411,398,684 residents reported, Çakaristan is the most populous nation on Micras.