From MicrasWiki
(Redirected from Westminster)
Jump to navigationJump to search 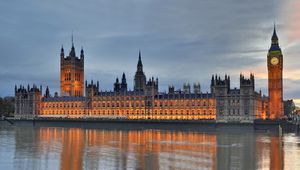 Baskerville is the capital and second-largest city of the Brettish Isles. The city was established in pre-Brettannic times but remained only a small village until the Batavian settlement of the isles, when the port of Charlotburg was established. To this day, the Porth Charlotte district in Baskerville comprises a large part of the city. Baskerville is known for its large habour, enterprise and its narrow alleys.

The conglomeration of Porth Charlotte, Westminster and various other smaller towns such as Conanville and Frankland were combined into one larger capital city during the time of the Brettish Isles. With the building of the Parliament palace, the current Baskerville Hall, the city grew into an important central hub for trade around the Great Western Sea. When the towns combines, various names were given to indicate the newly emerging city. Initially, the name Westminster, after the central town, was chosen to indicate the city at large, but Charlotburg and Porth Charlotte were also in use. In 1709, the city was named Baskerville, in honour of Roland de Baskerville, who founded a small abbey on the location of the modern city, and is regarded as its founder.