Northwards Ho! A Quest for the Eternal Light in the Arborian Wilderness

Northwards Ho! A Quest for the Eternal Light in the Arborian Wilderness is a collection of books, poems, stories, interviews, photographs and other relevant documents collected during Senya's expansion northwards into Northwestern Apollonia, beginning in 1702 AN. Like Senya's previous expansions, the Northwards Ho!, as it became known to be called, expeditions were established with the aim to unify the Senyan people, yet also to preserve a largely untouched section of the Apollonian continent and provide additional travel links.

Songs of an Enlightened Mission

The idea of a northwards expansion was first mooted in Senyan popular culture by the publishment of Songs of an Enlightened Mission in 1698 AN, which was a collection of songs, poems and stories by ethnic Senyans living north of the borders of the modern Senyan state. Amongst these, one popular song stood out, written by Emël Vazgeren, who lived in a small village just a few miles north of the border. Although ethnic Senyans were permitted citizenry of the state of Senya, in practise this was limited in order to prevent strains on services within the country, often leaving those outside the state to fend for themselves. However, rather than being spited by this predicament, Vazgeren, and many other ethnic Senyans in his situation, wrote in support of the unification of the Senyan people. One of his most popular songs, For Senya, arise, entered the public consciousness both inside and outside the Senyan state. The song called for unity of the Senyan people and called on the state to march northwards in order to fulfil its unity.

Northwards Ho!
We march together,
Our green blood will now assign!

Through the storms and the mountains,
Our sins will be atoned!

Glory revealed,
Evil will yield,
Eternal Light in the Motherland!

In an attempt to capitalise on an apparent increased sense of nationalism that had been thrown up by the publication of Songs of an Enlightened Mission, ahead of the 1701 election, the Senyan National Party's leader, Jedver Bɏeƨren, promised that if his party got into power, they would prioritise expansion northwards and used it as a major campaign promise. Whilst initially they gained traction off of this promise in the polls, in the weeks leading up to the election, their support had subsided, with the incumbent Liberal Party gaining support.

However, in the weeks leading up to the election, the Nationalists were awarded a massive boost, as revelations of Craitish interest in Victoria came to light. The Craitish annexation of Victoria re-ignited the desire for northwards expansion. Many had already seen the benefits of direct trade with a Xäiville Convention member state with the Apollonian Express freighter and ferry services between Port Nelson and Tyrador in Hurmu, and were eager to open up direct trade with Craitland. Craitland is also viewed by many Senyans as a "brother nation", and as such, many were eager to see a Senyan border with Craitland, especially one that would bypass Natopian Arboria. As such, the conquest of the north became much more politically palatable.

During the election, the National Party won by a landslide, and as such, expansion northwards was made a top priority.

Expeditions into Feldberg and border negotiations 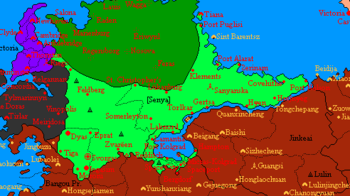 The proposed boundaries for the Senyan state, with the Northern expansion into Feldberg with the connection to Victoria shown.

Towards the end of 1701, the first Senyan expeditions northwards were undertaken. It was decided that Senya should take the old Gotzer city of Feldberg, which lay north of Eprat and to lay claim to a roughly funnel shapped segment of land that would create a border with Victoria and allow direct passage between Victoria and Saint Christopher's, and thus onwards to Northern [Eastern] Senya.

To begin with, connections were made with ethnic Senyans living in the Green, who were still helping with the upkeep of the city. Whilst there was a split amongst those who felt whether or not it should be Senya or a new nation that should annex them, there was an overwhelming desire to become part of an internationally recognised state that could provide the stability and services that the city required, and as such, the vast majority were in favour of joining Senya. However, the issue remained over much of the unkept Arborian wilderness that separated Senya and Feldberg.

At the beginning of 1702, the first military expeditions were launched from bases near Eprat northwards into the nothern expanses, looking for old infrastructure left over from when the Natopians had controlled the region, checking them against old Natopian maps of the region. The Senyan Air Force also held reconnaissance flights over the area and gathered aerial photography. Whilst some infrastructure did remain, particularly in the urban settlement of Feldberg and some smaller villages dotted across the land, much of it was in a state of disrepair, and much of it overwhelmingly focused on east-west connections, rather than the north-south ones which the Senyans required to properly integrate it with the rest of the country. Thankfully, there were some roads and rail lines that connected up to Saint Christopher's and Lükanburg in Senya, which themselves had transferred to Senyan control from Natopia as a result of the Treaty of Lükanburg in 1680.

By the time of mid 1702, Craitland was well underway in beginning its process of annexing Victoria, had begun to negotiate with Natopia about their new border, and in doing so the Natopians wished to formalise their border with the green, laying formal claim to actual regions of control, rather than the longitudal line of retreat which had previously defined their border. As such, the Senyans requested formal permission from both states, to expand into the area, on the condition they would accept Natopian and Craitish border arrangements without interference, a condition which was accepted by all three nations.

Once Natopia and Craitland had come to an agreement surrounding their shared border, the Craitish foreign ministry forwarded these plans to Senya, who set about establishing their own desired line of control, which would stretch from the border of Victoria to Saint Christopher's, where it would join the existing border with the Green.

Photographs of a Forgotten Land

One aerial photographer, Richard Simmonds, a native of Eprat, who worked with the Senyan Air Force on reconnaissance missions over the new land, gained notoriety for publishing his aerial pictures of the territory in a series of photobooks, that gained popularity in Senya. Simmonds flew on over 150 flights across many different areas of the region, becoming noted for his breath-taking images of landscapes which tapped into the Senyan public conscious. With Senyans priding themselves of their areas of wilderness, especially as it fed into their view of Senya being an important habitat for many different species of plants and animals, the images of such a green and beautiful land inspired many to view the lands as distinctly Senyan. Simmond's photography inspired many other works of art based on the remote landscapes that he shot.

Simmonds ended up publishing 15 photobooks on the region and his expeditions, and often included extracts from Senyan epic poems to inspire a patriotic feeling within his work. 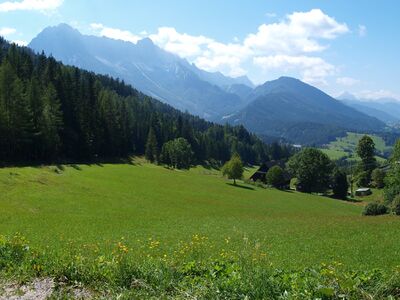 Simmonds photographed this mountainside on a touchdown near a small village. Some places, such as this village, had been maintained by the locals and were found in good condition. 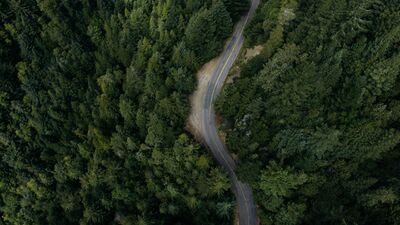 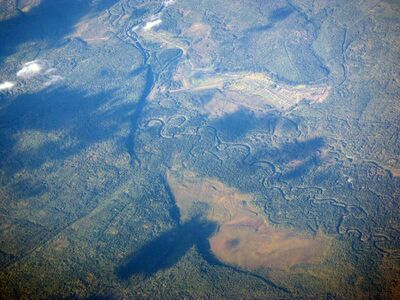 Most of the land in the new territory was forest, but villages often poked through the gaps in the trees, with signs of agriculture and rudimentary roads left over from Natopian rule were often spotted. 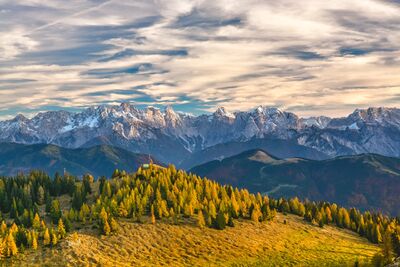 Much of what was found was unkempt wilderness, with scenes of forests, rolling hills, and the occasional mountain, often found.

The aerial photography, beyond its patriotism-stirring, also played a vital role for the government, in allowing it to create maps and build an understanding of the infrastructure and social needs of the new area. Models were created of potential transport linkages, including new roads and rail lines, which airports were also to be upgraded to allow for initial flights to bring in goods and assist in more quickly modernising the area.

It was decided in late 1703 that the area was ready to be annexed into Senya, after it was determined that very few non-Senyan ethnic groups were left, and only minor de-vanicisation programmes would need to be implemented. A process of prioritisation was made, with it decided that the city of Feldberg should become viable as a centre of administration and modernisation of the annexed area before the official annexation could take place. To do this, Senya rebuilt the airstrip at the airport in Feldberg, along with building several dozen hangers and storage units, as preperation. Feldberg had thankfully kept itself in good shape, and as such the city's airport was in rather good shape, though plans were still made to update it, though were not immediately prioritised. Once this had been complete, on 22.I.1704, Senyan forces moved into the area to secure it, including securing the agreed demarcation line in the north, as well as establishing control of the border areas with Craitland and Natopia, in preparation for those borders to be opened for trade.